What Happened To Indigo?

Posted by Harper's Keeper on June 4, 2014
Posted in: Adventures in Hubris. 10 Comments 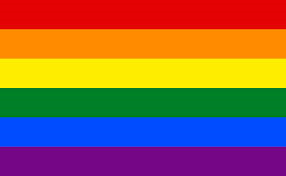 June is LGBTQA Pride Month (act accordingly!) so I seem to be awash in rainbows. This has given me the motivation I need to examine something that has troubled me for some time. What became of indigo?

When I was in elementary school (and dirt was new) we learned the colors of the visible spectrum with the mnemonic “Roy G. Biv” standing for the colors red, orange, yellow, green, blue, indigo and violet. In researching this post I found another mnemonic; “Richard Of York Gave Battle In Vain“. Interesting, but since that requires me to know not only a little science but also a little about the Wars of the Roses, I think I’ll stick with “Roy “. The challenge arises, however, when we learn there is no longer an ‘i’. 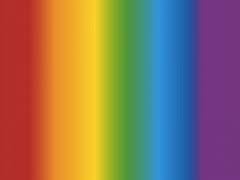 I learned in science class, as I recall, that rainbows are formed by the refraction of sunlight as it passes through raindrops in the air. The raindrops act as a prism disbursing the light into the spectrum of colors of differing wavelengths that are visible to the human eye. There is no true separation of the colors. The spectrum in a continuum of hues with wavelengths ranging from about 380 nanometers (nm) at the bottom of the violet end of the spectrum to 750 nm at the top of the red range. Since the spectrum is a continuum, any naming conventions of colors are arbitrary. 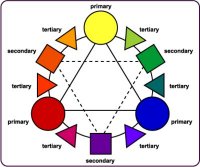 Indigo is generally omitted from current spectrum because its wavelength, falls very high in the violet range near the lowest end of the blue range. Few people, if any, can differentiate the wavelengths so precisely that they can perceive a separate color between the blue and violet ranges.

Another nail in indigo’s coffin is the commonly used color wheel. The wheel represent the primary colors, red, yellow and blues as equally spaced on the wheel. The secondary colors, orange, green, and violet are spaced at the half-way points between the primary colors. The so-called tertiary colors lie half-way between the primary and secondary colors. So indigo falls between blue and violet. If we want to accept the idea that indigo deserves its own name in the spectrum, consistency dictates we include the other tertiary colors. The rainbow would have 12 stripes instead of six. 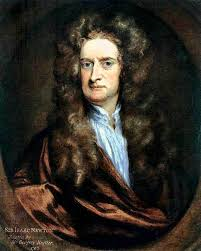 Well, that all seems logical enough. So why did we learn it incorrectly in the first place? Like so many problems and solutions in science we must give credit and blame to Sir Isaac Newton. In his original experiments with prisms, Newton said the spectrum was made up of five colors; red, yellow, green, blue and violet. Later he would add orange and indigo expanding the spectrum to seven colors.  I appears he added the two additional colors because he felt seven was a more appropriate number for a natural phenomenon. There are seven days in the week, seven notes in a western musical octave and so, he reasoned, there should be seven colors in the visible spectrum. That was the state of things in the 1660’s.

It’s worth noting that the elimination of indigo has more to do with advances in optics than in any error that Newton could have controlled. Newton’s knowledge of indigo as a color was based on the dyes that had been recently introduced to England from the New World. The color he called indigo is probably closer to what we would call blue today. The color he called blue would more liked be a blue-green color we might call cyan.

This change has not been without controversy however. There are those of the old school , (literally old school) who wish to hang onto indigo. Others feel differently. Isaac Asimov said; It is customary to list indigo as a color lying between blue and violet, but it has never seemed to me that indigo is worth the dignity of being considered a separate color. To my eyes it seems merely deep blue.”

There is even a Facebook page called; “Indigo is NOT a color in the rainbow, it never was and never will be.” Well O.K. then.

So maybe I need to reconsider my mnemonic. I can drop the ‘i’ and retain the meaning by rephrasing my English history mnemonic as; “Richard Of York Gave Battle Vainly”. I am not sure how I’d pronounce Roy G. Biv without an ‘i’.

Coming soon…(maybe not so soon); Is Pluto still a planet? Inquiring minds want to know.

10 comments on “What Happened To Indigo?”